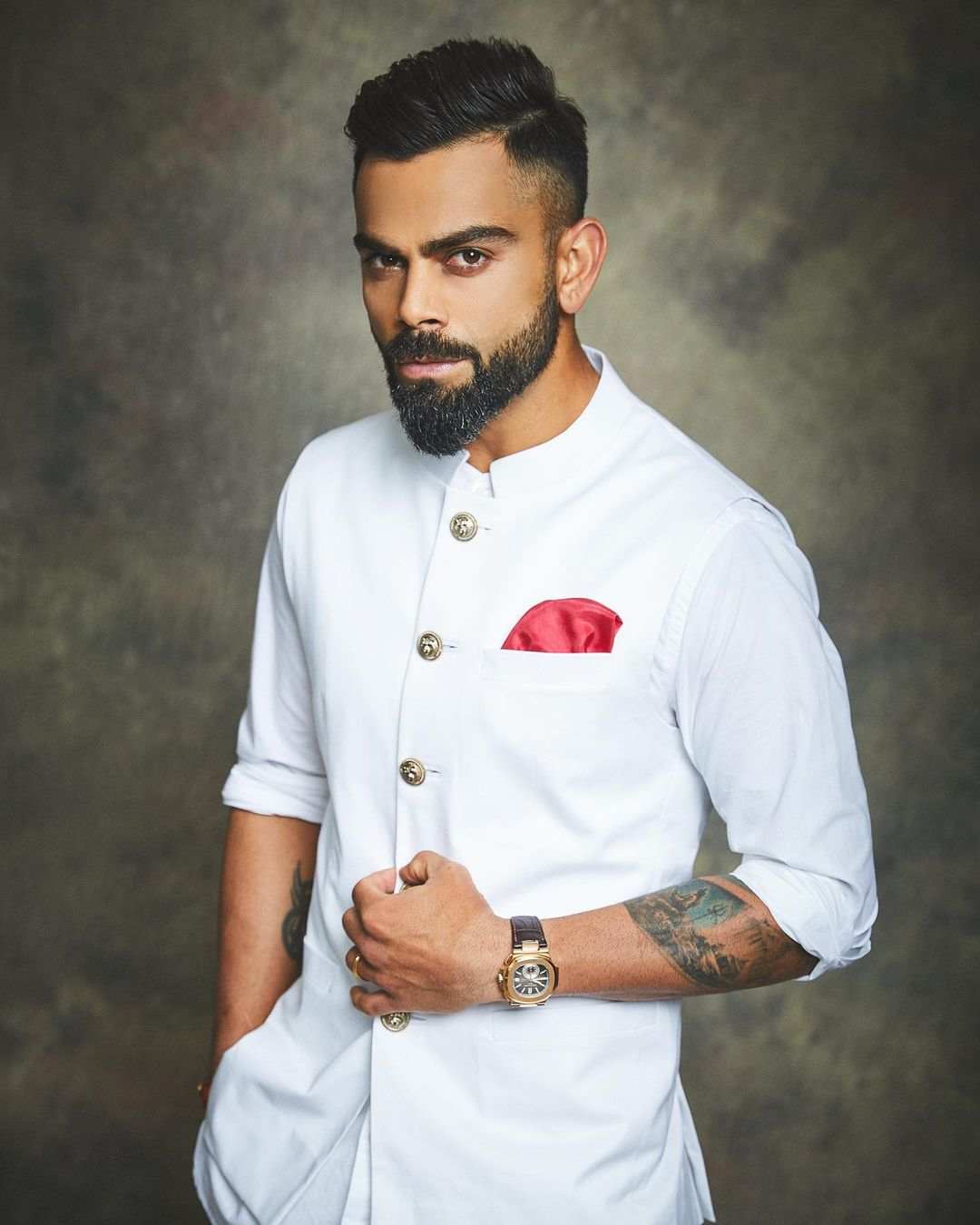 He made out his debut against the Sri-Lanka, very after winning the Under-19 world cup for his nation. In the beginning, he was treated as a reserve batsman on the Indian side, but due to his exceptional skills and consistent performances, he made his regular place for the Indian team. He contributed a pivotal role by winning the 2011 Cricket world cup for India. He has now been a consistent player for the Indian cricket team. He also performs the responsibility as Vice-Captain for the team as well as performing the duties as Captain in the test matches. I will like to put all the stuff related to Virat Kohli in this short biography.

Virat Kohli Biography consists of all of his life since childhood. Virat Kohli was born on 5 November 1988 in India (Delhi). Virat’s Father’s Name is Prem Kohli, who was a lawyer by profession and his mother’s name is Soraj Kohli, a homemaker. Virat Kohli also got two siblings a brother Vikas Kohli and a sister Bhawan Dhingra. When he was three years old, he grabbed the bat in his hands. Prem Kohli got him admission to the cricket academy on neighbor’s suggestion.

He began his journey for his brilliant career at the age of 14 when he joined the Delhi Under-15 team. His successful early career began when he scored with an average of 78 in 2003-2004 in Polly Umrigar Trophy. He promoted to Delhi under-17 after a great knock in under-15. He made out some brilliant knocks in his under-17 career in Vijay Merchant Trophy and scored a massive total of 470 scores with an Avg. of 117.

Virat Kohli’s first-class debut was against Tamil Nadu only at 18 of his age in last of 2006. Virat’s T20 debut was in April 2007 which he had finished as top scorer in the Interstate T20 Championship.

Virat Kohli’s significant achievement was the victory of the under-19 cricket World Cup under his captaincy in 2008. He got much fame from the 2008 world cup title. His performance and captaincy were also outstanding in the under-19 World Cup. That was the exceptional talent that makes his way through the Indian Premier League for Royal Challenger Bangalore in 2008.

Virat Kohli made his place in the International team of India and became the part of Indian squad on a tour of Sri-Lanka in 2008. He bowled out after making just 12 runs in his debut match. In his early International career, he was selected as a reserved batsman for the Indian team. He got a chance in the Champion trophy in 2009, when Yuvraj Singh got injured. He made the century in the World Cup debut match against Bangladesh and won the title as the first batsman of India.

He contributed a significant partnership with Ghambir in the 2011 World Cup against SRI-LANKA, which turned to be the winning partnership of the World Cup for India. He won numerous man of the match award and man of the tournament award in his career. Virat Kohli is the backbone of the Indian team in the batting line-up. Kohli was the leading runner scorer of the year 2011 having four centuries in the same year. He also remained the captain of the Indian Cricket team for few months on different tours.

VIRAT KOHLI is the captain for the Royal Challenger Bangalore. He contracted with the Royal Challenger Bangalore on the very first Opening of IPL in 2008 for $30,000. Virat Kohli is the IPL first season was not appreciable by the followers and his lovers. But in the later season of IPL, he keeps improving his batting with a decent strike rate and with a nice average as well. Virat recorded as the 3rd highest total in IPL 2010 season. The last season of IPL 2015 was his best season in his IPL career as he awarded the top scorer of the tournament securing 505 runs.

Virat Kohli is looking so dangerous for the opposition, due to the bombastic knocks he made out in this tournament. He is the leading scorer in the 2016 season of IPL. He made out four centuries and five fifties so far in 13 matches He is keeping and continuing his amazing form in this season of IPL 2016. Regardless of his injury he came out for the game against Kings Eleven Punjab and made out the brilliant hundred to lead his team to win that match. He already considered as one of the specialist players in chasing down the target. He accomplished most of his targets whenever he settled down on the crease. He looks very cool and calm while chasing the target and it’s his specialty to hit the target successfully. It looks like he would be the next legend of cricket in India. DO you agree with my statement or not? Please comment below in the commenting section. Thanks!

The playing style of Virat Kohli:

Virat Kohli is a right-handed batsman with impressive natural skills of batting. He plays on different orders wherever his team needed him. He plays with an aggressive style using his exceptional batting skills.

He feels relax while playing, and his playing style is very cool and cool. Virat’s strong areas are the cover drive and the pull shot. He uses the wrist while time the ball in the gap and loves to strike the ball hard. Kohli is also called mini Tendulkar due to his batting style. Occasionally he also got arrogant when any bowler challenges him.

Virat Kohli has recently got a lot of endorsements from different International brands around the world. Some of the major brands include PepsiCo, MRF, UNILEVER ADDIDAS, and many others.