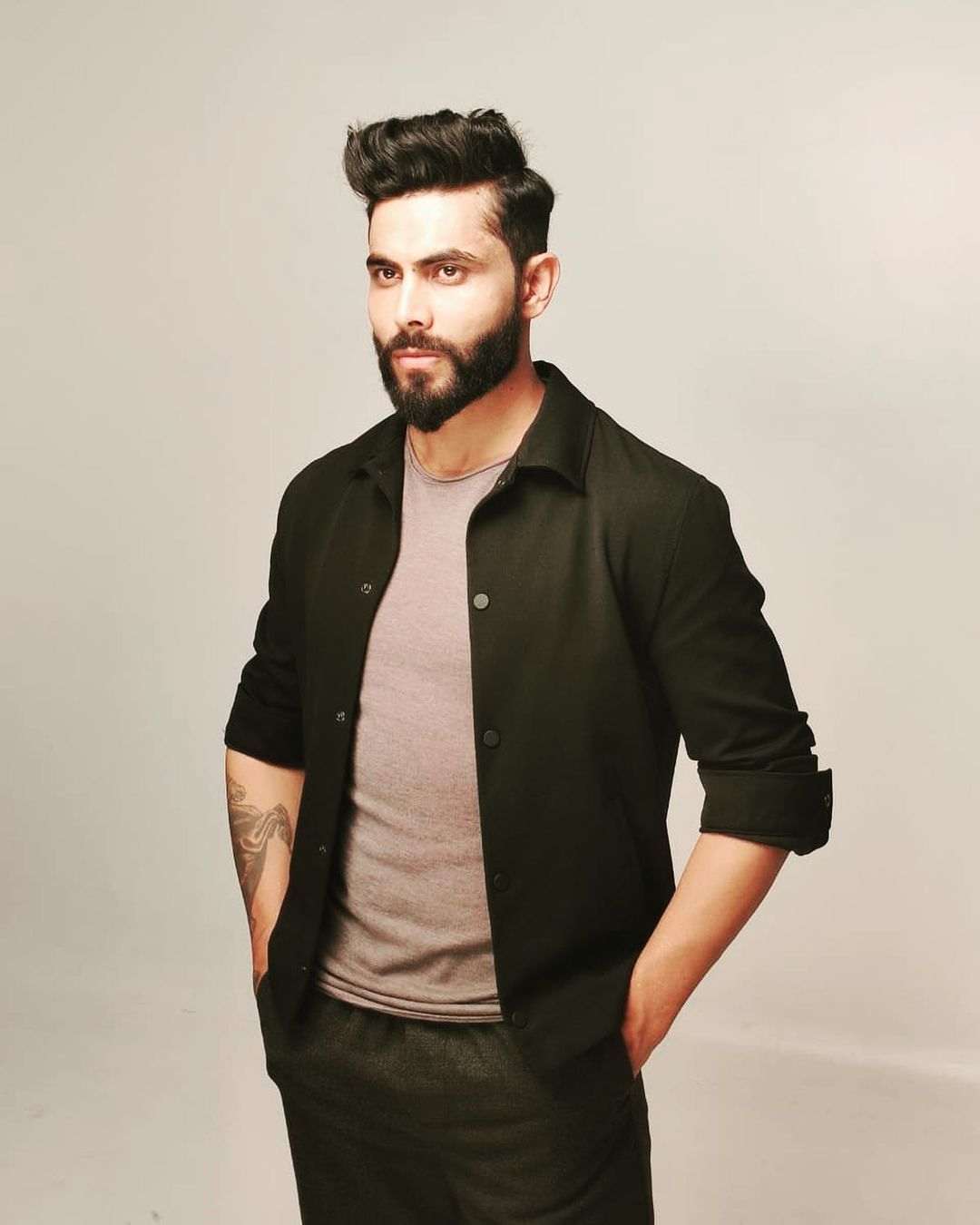 Ravindra Jadeja is Indian International Cricketer. His full name is ‘Ravindrasinh Anirudhsin Jadeja’ and his nickname is ‘Jaddu’, he is also called ‘Rockstar’ in the team. He plays the role of All-rounder in the Indian cricket team. He is a left-handed batsman and a slow left-arm orthodox bowler. Jadeja is a middle-order batsman and has played many crucial innings for his team.

He played his first International cricket match against Sri Lanka on February 8, 2009.

Early life and Education of Jadeja

Jadeja was born on December 6, 1988, in Jamnagar, Gujrat a city of India. He was born into a middle-class family. His father was a watchman and wants to make Ravindra an Army Officer but Ravindra was interested in cricket. He found of cricket since childhood. He played his first U-19 match at age of 16.

Ravindra Jadeja was born in a middle-class family his father’s name is ‘Anirudhsin Jadeja’ he was a watchman in a private security agency. His mother ‘Lata Jadeja’ died in 2005. He has one sister ‘Naina Jadeja’, who is a nurse.

Ravindra Jadeja got engaged on February 05, 2016, and got married on April 17, 2016. His wife’s name is ‘Rivaba Solank’. She is an ‘Electrical Engineer’ by profession but is a simple lady. It was arranged marriage. Ravindra has one Daughter ‘Nidhyana’ born on June 8, 2017.

Ravindra has also rewarded by Madhav Rao Scindia Award for most runs in Ranji Trophy.

Jadeja Played his first IPL in 2008. He played for ‘Rajasthan Royals’ in that season. In 2008 ‘Rajasthan Royals’ was the winning team of IPL. Ravindra Played a very vital role in their victories in IPL and got a lot of fame in the same season.

He has also represented ‘Chennai Super Kings’ and ‘Gujrat Lions’ in IPL.

Ravindra made his test Debut on December 13, 2012, against England at Nagpur, India. In his debut match, he bowled very well but cannot score many Runs with his bat.

In the next matches, his performance was not Ignorable. Nine-time he got five wickets in the test and once he got ten wickets. He was rewarded by the man of the match Award Six times and once Man of the series.

He played his first one-day international match on February 8, 2009, vs SriLanka at Colombo. He played well in that match but India lost that match.

In 2013, India won the ICC Champions Trophy in which Ravindra Played a significant role. He was the highest wicket-taking bowler of the tournament he was rewarded by Golden bowl. That was the time when Ravindra got a permanent place in the team.

On January 22, 2017, he became the first Indian player to get 150 wickets in ODI. He got the first Rank in ICC ODI Ranking in 2013. He is rewarded by the man of the match Award Nine times.

Ravindra Jadeja Played his first T-20 match on the same tour in which he made his ODI debut on February 10, 2009, vs Sri Lanka. He is rewarded by the man of the match award only one time in T-20.