As one of the games that require the most hardware to operate correctly, Fortnite is one reason why many Android mobile devices receive the warning « Device not supported » while trying to install it. However, there is a way to play Fortnite without having to download and install a modified APK; this, however, does not ensure the game’s seamless operation, which makes sense.

It is one of the most popular “battle royales” games globally, and it can be found on a variety of platforms, ranging from consoles to mobile phones and tablets. Also available for Android, thanks to Epic Games’ decision to make their flagship work available on Google Play for the first time. Because Fortnite requires high-end technology to function correctly, the number of compatible devices has been reduced. However, you do not have to give up hope because there are certainly ways to have it installed on your phone.

The Fortnite version available on Google Play is the most compatible with Android devices.

Notice Regarding the Installation of Epic Games (Mobile with Snapdragon 450)

Fortnite began its voyage on Android, making it compatible with a small number of high-end Samsung smartphones. During the game’s development, Epic Games steadily reduced the requirements while also adding choices to downgrade quality on mobile devices. And, with the release of Fortnite on Google Play, the software was developed to increase compatibility, even if the game does not always display in the store when searching. The game may still be installed even if you have searched the internet for it and it is not there.

Also Read: [Fix] How To Install Fortnite On Android Device Not Support

Some APKs have been changed to enable access to the game nearly global. However, we do not advocate using them owing to the danger of your Fortnite account being “banned” by Epic Games if you do. In return, we’ll utilize the legitimate Google Play app, albeit we won’t download the game from there; instead, we’ll use the Aurora Store to download and install the game.

All of the features and advantages of Google Play are delivered through Aurora, which does not need installation of the official Chrome browser or Google Play Store application. This allows users to download apps on mobile devices that do not have Google services and install applications that are not available in the user’s place of residence. Alternatively, like in our situation, you might allow the download of incompatible applications with the phone. Let’s have a look at how. 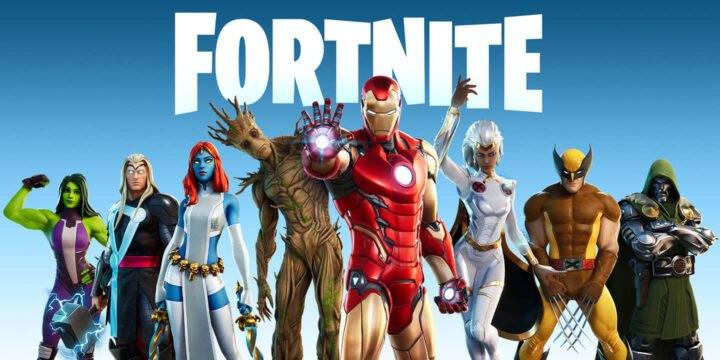 We put this approach to the test on a number of phones that appeared to be incompatible with the official Epic Games installer, including phones on which Fortnite did not display when searching directly on Google Play. We were even able to play on an Android device with a Qualcomm Snapdragon processor. Furthermore, if your Android device has less than 4 GB of RAM, you may not be able to install it correctly (Epic Games specifies this at a minimum).

It is essential to consider the fact that playing Fortnite on an unsupported mobile device might be a frustrating experience.

Also Read: How To Get The Elite Trespasser Fortnite Skin For Free?

Following the logic, simply because you may download the official Fortnite app does not imply that the game will function well on your mobile device. The frames per second (fps) might be so low that playing is a torment. Nonetheless, there remains the option of scoring the bare minimum in quality: According to our observations, you will typically have a limited game experience.