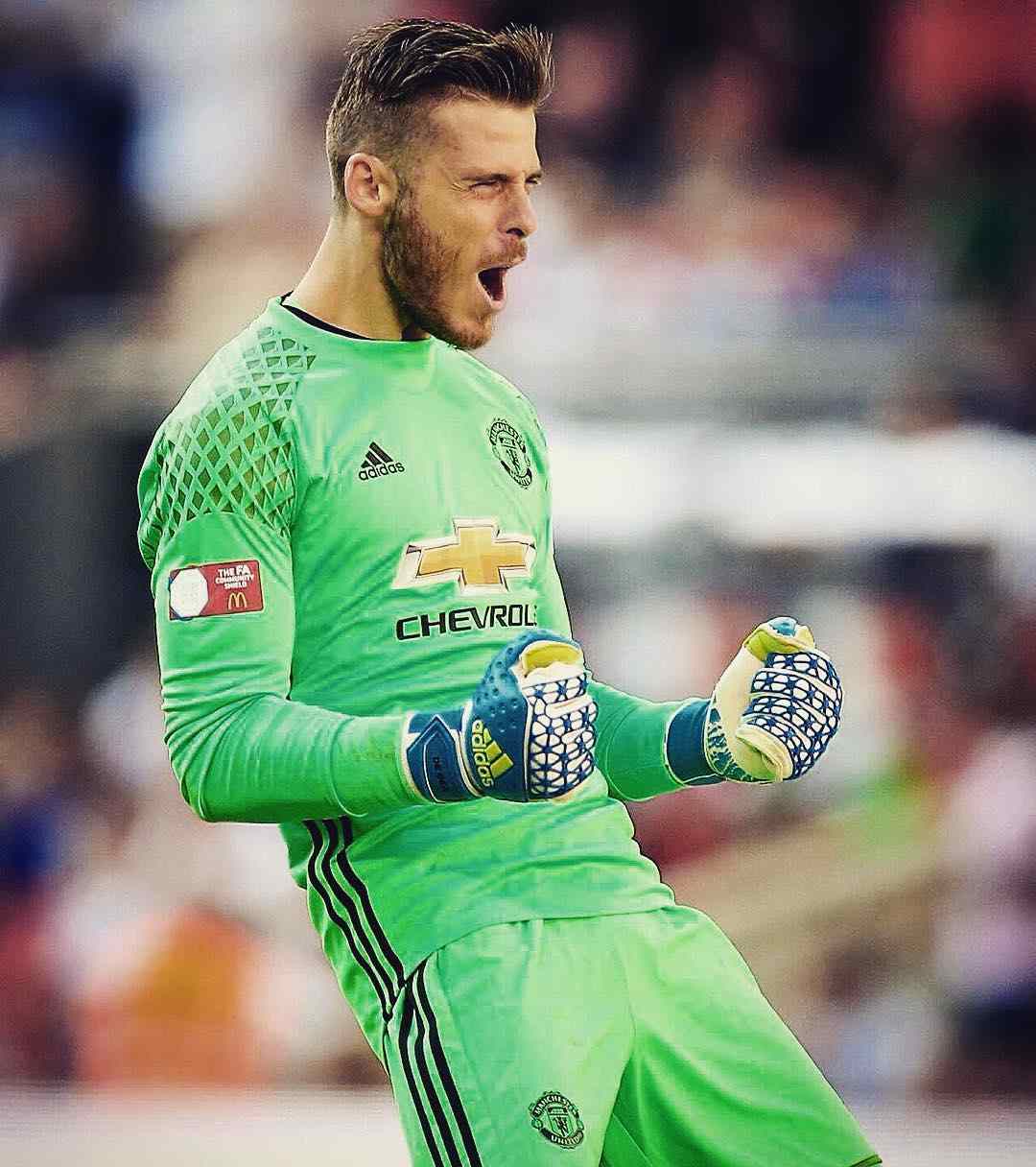 David de Gea Quintana born on 7th November 1990 plays as a goal-keeper and a professional footballer for the team of Manchester United in the English premier league and also plays under the international team of Spain and he is one of the best goal-keeper in the world.

David was born in Madrid Spain started his career in his teens as a beginner with Atlético Madrid and played as a learner in different clubs football.

In the year 2009 made his first senior role of performance he was a very good goal-keeper in his club as he led his team to win the UEFA Europa League and UEFA super league in 2010 his goal-keeping Tactics impressed Manchester United and Manchester United took him in June 2011 for 18.9 Million pounds making a record transfer fee of British goal-keeper.

At that time when he joined Manchester United, he made many debuts and won three cups in three seasons including the FA Cup, League Cup, and UEFA Europa League

As a child, David started his career in La Escuela De Futbol Casarrubuelos which is affiliated with Atletico Madrid. David was interested in sports from his childhood, he was played football and also earned an education,

His mother pushed him to focus on academics with sports and with the passage of time David’s sports career and academics both excelled but football was always his priority although his father was also a football goal-keeper in his time.

At the start of his playing career, David was not a goal-keeper he used to perform as an outfield player

Until at the age of 14 David was a midfielder and was great in every position of football on the pitch then changed his act and interest to become a goal-keeper. He got inspiration from his father and worked hard to improve his goalkeeping skills.

David de Gea was born in a wealthy family his father’s name is Jose de Gea and his mother Marivi Quintana a housekeeper his parents gave him everything which he needed his mother took care of David very much.

David always made his studies and sports a healthy balance, generally, the support of his parents was balancing his career.

David is married to a Spanish singer named Edurne Garcia Almagro his girlfriend is an actress, singer, and a TV representor as well.

David has weak eyesight for farsightedness so he uses to wear eye Lenses for clear vision.

David de Gea has great goalkeeping skills he proved himself in the first few seasons of Atletico Madrid matches in the season of 2009-2010. He won two men of the match awards

The start of his career was not easy as in one of his championship match against Porto he gave two goals in the last minutes which resulted in the opposition winning the match. Later he improved his performance in the La Liga league.

In 2011 he contributed to the team to secure the UEFA European Championship win in the next decade it was confirmed that David has joined the Manchester United team for a record net worth of 18.9 Million pounds and in July 2011 David attended the main event of Manchester united.

On July 23, 2011, he played against Chicago fire in a friendly match and Manchester won by 2-1