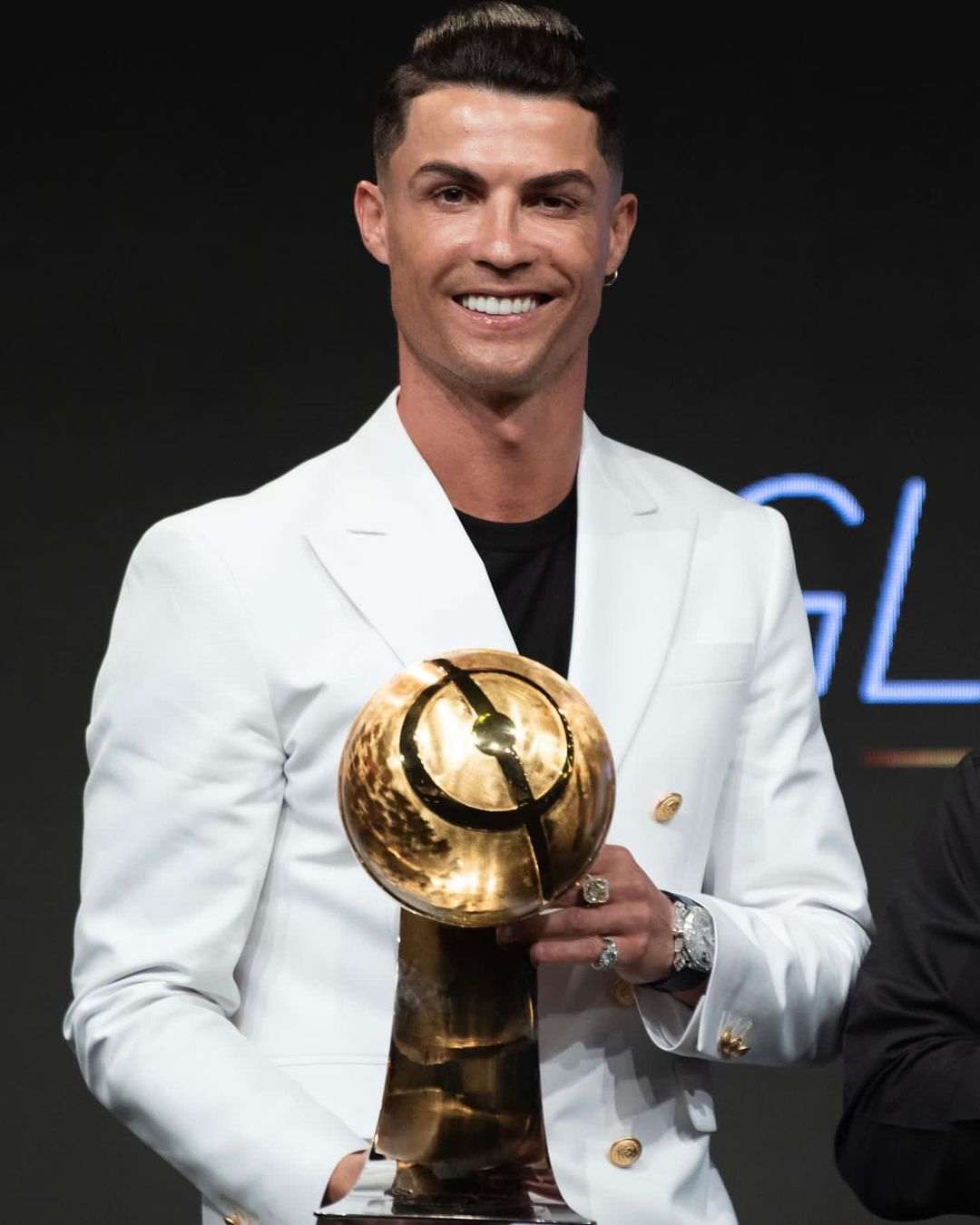 Whenever someone tells you about the goal scored with the help of tricky moves, suddenly the name of Cristiano Ronaldo came into your mind. The extra brilliant, proficient, and the winner of 3 consecutive Golden Ball of the year, the one, and only Cristiano Ronaldo was born on February 5, 1985, in Madeira Portugal. Cristiano Ronaldo is well known for his unbeaten world records in the history of football while playing for his homeland Portugal, his first English football club Manchester United and Real Madrid.

Cristiano was the most expensive player when he was signed by Manchester United in 2003 for 12 million pounds. He scored most goals for Manchester united. He was the star performer in FA Cup in 2004 and also scored 3 goals in the final of the championship. Real Madrid signed a deal with Manchester United for the transfer of Ronaldo for a record 131 million dollars in 2009. Here is a short biography of Cristiano Ronaldo, in the coming days we will elaborate on it with details and will write a complete biography of Cristiano Ronaldo. Now, look at his early life and how he has been a successful, soccer player.

Cristiano Ronaldo was the youngest son of Maria Dolores and Jose Denis. His father chooses the name of Ronaldo after his favorite actor Ronaldo Reagan. Ronaldo grew up in very hard conditions. His father was a Gardner and died due to a kidney problem in 2005. His mother grew him up and worked as a cook.

How Did Soccer come in the Life of Ronaldo?

Cristiano Ronaldo preferred football more than anything in his early life. During the job of Ronaldo’s father as an equipment manager in a boy’s club, Ronaldo first started playing football there. According to some reports, He often misses his meal and escapes his sleeping hours while playing football.

In 2009, Spanish club Real Madrid was interested in signing a deal with Ronaldo. The Spanish club paid a record 131 million dollars to Manchester United for buying the services of Ronaldo. Ronaldo was also interested in this deal. After such a big deal, no one was surprised because of a statement by Ronaldo about leaving the club before this deal. From 2009 till today, Ronaldo has set a lot of records for his club. Ronaldo also helped his club in winning UEFA Champions League, La Liga, and many other cups. He also won a lot of awards during this period like Golden boot, UEFA forward of the year, Balloon d’Or, etc.

Ronaldo first appeared on the National side in 2003 while playing against Kazakhstan. He has played 3 World Cup for his nation. Ronaldo became the captain of the national side in 2008. Ronaldo was the key performer during the 2006 world cup and leads his country toward the semifinals of the Cup. His team was struggling during the 2014 world cup and eliminated during the group stages of the FIFA WORLDCUP 2014. His performances for Country are not so impressive, but he has still a chance to make his time World champion in the upcoming 2018 FIFA WORLDCUP in Qatar.

Ronaldo has been found with many allegations of being dating numerous girls, as he also went to jail in case of raping a girl in a London hotel and after few days released on bail. He stated that “I have always strongly condemned the fake allegations on me and I want to just concentrate on my soccer game for Manchester United”.

Cristiano Ronaldo had dated with a number of models including some famous English models like Gemma Atkinson, Alice Goodwin, and a Russian model Irina Shayk. He separated from all the other models and keep maintaining his relationship with Russian beauty Irina Shayk since 2010. Both of them maintained a strong and prolong relationship with each other and ended up in January 2015. The reason behind this broken relationship is unidentifiable.

Here are few sponsorships that he is working for, he also has his own online store shop of CR7 shoes. He is a working model for Emporio Armani Jeans and underwear. Ronaldo has been signed with a number of companies as endorsement including some famous firms like Coca-Cola, Castrol, Samsung, Motorolla, and many others.